← more from
DFA Records
Get fresh music recommendations delivered to your inbox every Friday.
We've updated our Terms of Use. You can review the changes here.

Crooked Man - The Girl With Better Clothes / By Chris Finguz 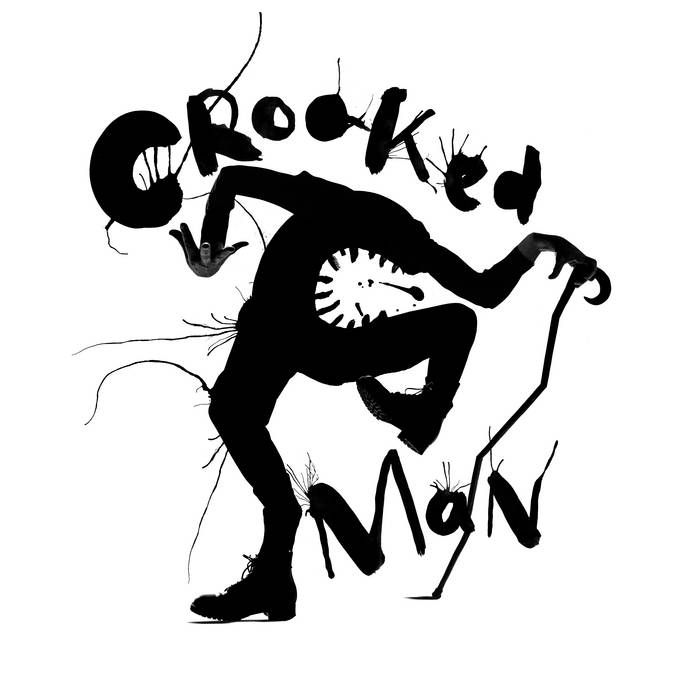 McNapkin Big tracks. Crooked Man takes the cake and eats it too. Favorite track: Scum (Always Rises To The Top).

Henrik Selin This is great! Favorite track: Scum (Always Rises To The Top).

Music From The Mezzanine

See that man on a far off hill, working his dog while attempting to find shelter from the howling wind and driving rain? That’s the Crooked Man, the very antithesis of the modern dance music producer. He lives a simple life, dragging his world‐weary soul across the moors in an endless bid to escape the fallout from 30 years spent at the forefront of Sheffield’s electronic music scene. Once regarded as one of the Steel City’s greatest selectors, he now admits to being gripped by fear at the idea of DJing, and refuses to spend any time in nightclubs.

He may be ill at ease with the darkroom throb of 21st century clubs, but the house music the Crooked Man produces is as weighty, alien, raw and left of‐centre as anything you’d get from many a hyped young producer. He’s assisted in his studio endeavours by two other Sheffield survivors: former Clock DVA man Michael Ward, and David Lewin, once the other half of Bleep & Booster with former ABC and Vice Versa man Stephen Singleton.

The Crooked Man’s music blends wonky electronic rhythms, heavy bass and razor sharp, politically aware lyrics, often delivered by the honeyed tonsils of Pete Simpson. For proof, check out the banker‐baiting “Scum (Always Rises The Top)”, or the bittersweet social commentary of “Fools & Fanatics”. The Crooked Man may be world weary, but he’s still brimming with rage. Few could have foreseen a link between this jaded recluse and New York’s militantly forward‐looking DFA Records. But then again, the Crooked Man does have history.

Raised a farm boy, his life changed when he first heard the industrial funk and futurist electronic pop of local bands Cabaret Voltaire and the Human League. Bored of having no decent parties to go to, he became DJ Parrot and began promoting the soon to be legendary Jive Turkey events in 1985. Alongside his DJ partner Winston Hazel, he united Sheffield’s disparate dancers by joining the dots between Northern Soul, disco, hip‐hop, electro and the emerging underground dance sounds of Chicago, Detroit and New York.

In 1987, an early foray into music production accidentally created a hit record, the major label‐signed “Hustle (To The Music)” by Funky Worm. The commercial desires of a large, conservative label proved hugely frustrating, and he soon yearned to break free and head back underground. Salvation came from within Sheffield, with the launch of Warp Records. He teamed up with Cabaret Voltaire’s Richard H Kirk under the Sweet Exorcist alias, delivering the peerless “Testone” in 1990, one of the landmark records of the bleep era. The pair went on to release the first album on Warp, C.C.E.P., in 1991.

Many records under different aliases followed, for both independent and major labels, before Parrot once again found himself chart‐bound as part of eccentric Steel City trio All Seeing I. Their debut album, 1999’s Pickled Eggs & Sherbet, featured contributions from some of Sheffield’s finest, including Jarvis Cocker and The Human League’s Phil Oakey.

Since then, Parrot has kept a low profile. When not working his sheepdogs, he’s quietly produced for Roisin Murphy, Add N To (X), Richard Hawley and Toddla T, amongst others. His decision, some years back, to revisit his love of raw, bass‐heavy house music merely marks another twist in the winding path of the Crooked Man.

Richard Barratt aka Parrot aka Crooked Man is the Sheffield based producer who is most famous for being one half of the duo Sweet Exorcist, alongside Cabaret Voltaire founder Richard H Kirk.

Sweet Exorcist were known as the first architects of the bleep techno sound, closely associated with Warp Records, and responsible for releasing the first CD on Warp, in 1991. ... more

Bandcamp Daily  your guide to the world of Bandcamp